Hello, anyone have any idea of who might be able to translate games ? For example Growlanser PSX or PSPVITA would be an awesome game but they don't plan on translating it. Is there such a place to make a request like that?
Top

From just seeing past translation projects (e.g., Tales of Phantasia, Lunar Walking School) they usually arise from forums specific to that game. Admittedly I don't actually have much experience doing this (er, the programming know-how anyway) and I just know of ones that have done so via romhacks. So for PSX/Vita it could be a whole different matter. KF
~Kizyr

Yeah pretty sad since this is a great game wish someone did a translation. I guess it happens haha.
Top 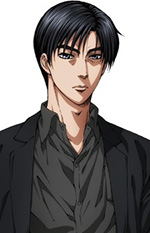 I can't see GL1 ever getting a US release of sorts.

GL has always had a really fubbed time in the English market. When Working Designs went to release the combo II and III they stated that Sony wouldn't allow them to be split as two titles. It was a fair call on Sony's behalf honestly, considering both II and III were not DVD game titles and akin to being really good PS1 quality titles. It would have been difficult to justify a $60 USD price each by that time period (most non-DVD PS2 titles - there were a lot of them in the later days of PS2 - sold for ~$20-$30 new). When Atlus released V - the real GL Generations - it didn't sell well in the US. Most shocking for myself is that they went through with the translation for IV, which by that time the PSP was well on it's way out of the market. I did not think IV would ever get an English release. I'm glad it did, just surprised.

There's also the sixth game, which like I and II is a sequel of sorts to GL V. Since V didn't sell so well I can never see it getting an English localization.

Langrisser is getting a re-make and more recent attention however so who knows. Maybe we'll see a more modern focus towards these type strategy RPG games.

In Re; to translating ROMS, it's typically done by altering hex values of the ROM image itself. It's a very involved - and difficult - process. It's not just determining how to program English text into the game and then typing it out like typing a forum post. You have to have someone that can ascertain the hex value of each Japanese character, and then replace that hex value with an English letter.
Top

I wouldn't be shocked to see the game get a fan translation one day. A number of people have, at one time or another, expressed interest in translating it. In at least one case this did lead to a project, though it ran out of steam before any sort of patch could be produced. Personally I'd love to see it (in case you couldn't tell from both my handle and avatar being Growlanser references) as it's truly a fantastic game and it'd be a lot more convenient to play in English rather than in Japanese while reading the translated script on GameFAQs as I go along. Hopefully one day someone with the technical expertise and time to do the translation gives it a go.

I've never been privy to the details, but it's my understanding that there was a lot of internal politics involved between the Japanese and American branches of Atlus when it came to localizing Growlanser. Certainly it's hard to imagine Atlus USA really wanted to localize IV given the state of the PSP by that time and how terribly V sold (I'm told less than 6K copies). I'm glad they did as even in its cut down state (they removed nearly all voice acting from the game) it's still a must play.

The situation with Langrisser is a bit unusual. To make a long story short the original publisher of the series, NCS, left the gaming market years ago and eventually Extreme bought the rights to all their IP. Extreme essentially operates by licensing out the IP to others. In practice what this has lead to is people looking to make a quick buck will pay a fee to Extreme in the hopes of selling copies of their games to people who recognize the name. Case in point: the 3DS game which sits at 35% on Metacritic. Atlus still owns the Growlanser IP and a number of the people involved in the series still work there, so at least if they did decide to bring the series back it could have real potential, but Atlus seems content to have them work on other projects so I'm not expecting any new Growlanser games.
Top

Imperial Knight wrote:The situation with Langrisser is a bit unusual. To make a long story short the original publisher of the series, NCS, left the gaming market years ago and eventually Extreme bought the rights to all their IP. Extreme essentially operates by licensing out the IP to others. In practice what this has lead to is people looking to make a quick buck will pay a fee to Extreme in the hopes of selling copies of their games to people who recognize the name. Case in point: the 3DS game which sits at 35% on Metacritic.

To be fair as a result of the same policies, Zlongame has done a pretty good job with Langrisser Mobile. Comparing it to the upcoming PS4/Switch remakes, the latter looks more like a stereotypical "Mobile Game" than Langrisser mobile, which is saying something...

I'm not saying the policy is a sound one in general, but it can lead to good games too.
Check out my Ghaleon cosplay!
https://www.instagram.com/myrpgisbetterthanyourscosplay/
https://www.youtube.com/watch?v=KD4TJGk4-yU&list=PLDNfaKncz1YcG_4GbOSuaaUfr9slknXI6

I really liked the English ports on Growlanser 2 and 3. Ever since then I have always truly wanted to see how that first game is. I guess we can always dream right

Users browsing this forum: No registered users and 13 guests