For discussion of the iOS platform version of Lunar.
Post Reply
2 posts • Page 1 of 1 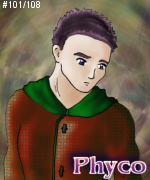 Broke down and purchased it, since it was only around $7. While all the written dialog from NPCs seem exactly the same as in SSSC, all the spoken dialog is different (aka, voice acting). I never got around to playing the PSP version of the game before my PSP was stolen, so are these the same voice actors?

Also, the controls are such a major pain in the butt.... do any bluetooth game controllers made for smart phones work with this game?

Did you check the settings? They should be available from the titlescreen.
There's an option for keyboard support and iCade 8-bitty, but I haven't tried any bluetooth device yet.
Top
Post Reply
2 posts • Page 1 of 1

Users browsing this forum: No registered users and 2 guests